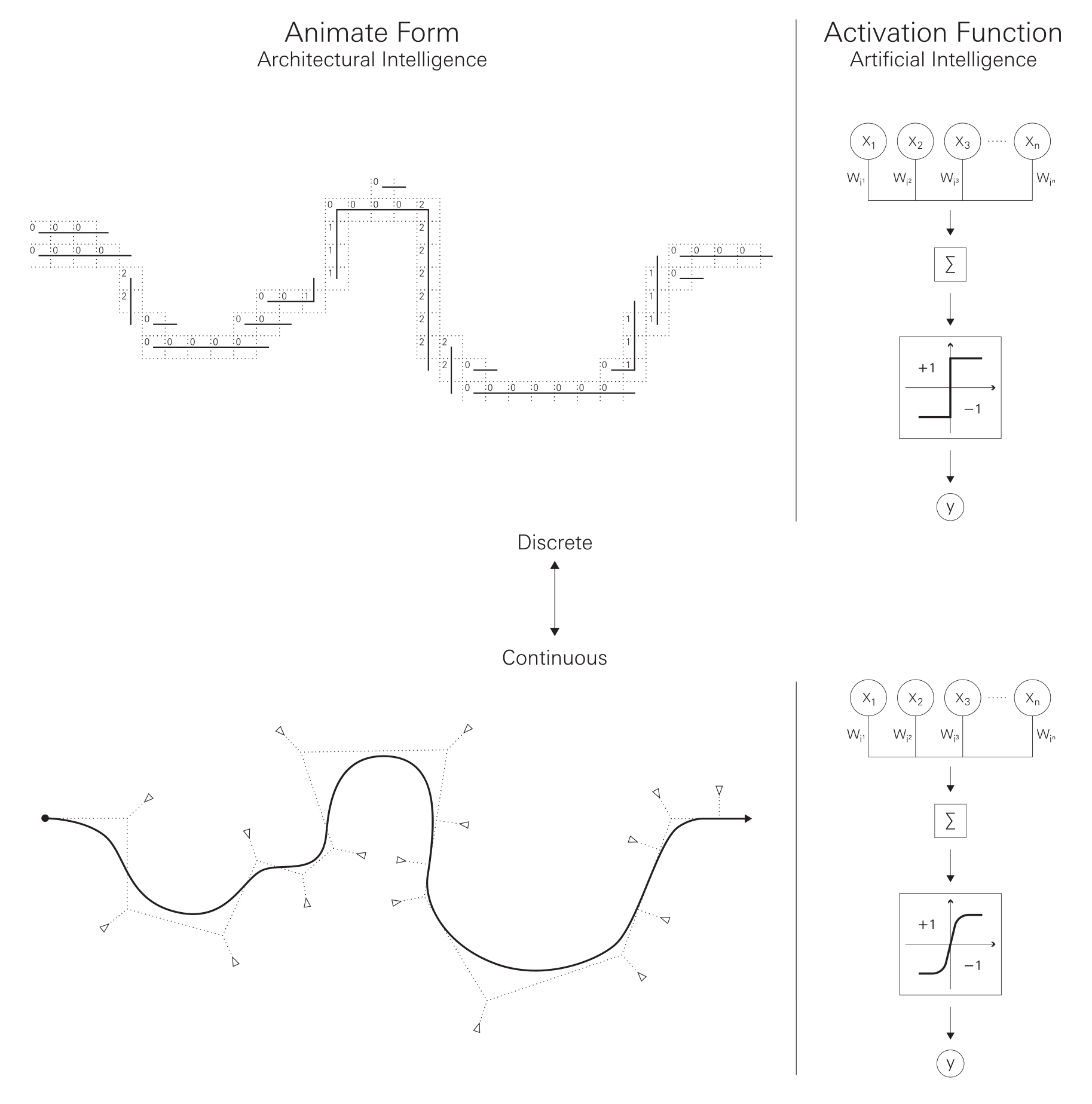 The transition between the discrete and continuous can be found in the parallel history of artificial intelligence and architectural intelligence. In artificial intelligence (right), it is expressed in the redesign of activation functions, from the binary threshold of Rosenblatt’s perceptron to the differentiable one of today’s deep neural networks. In architectural intelligence (left), it is expressed in the reconceptualization of forms, from the figure composed of discrete lines of the modernists (and the ‘discretists’ of late 2010s) to the continuous spline of the ‘blobists’ (and the ‘parametricists’ of late 2000s). Figures (left) adapted from Greg Lynn (1999) and Gilles Retsin (2019). 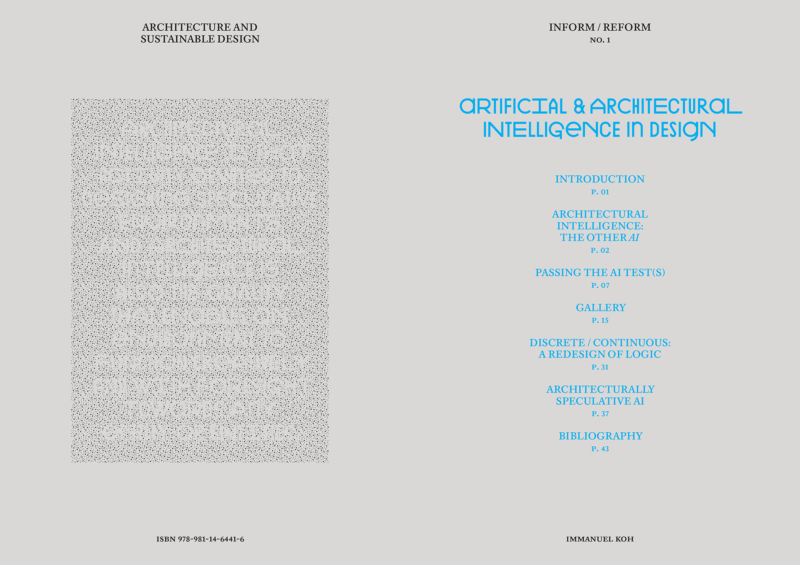 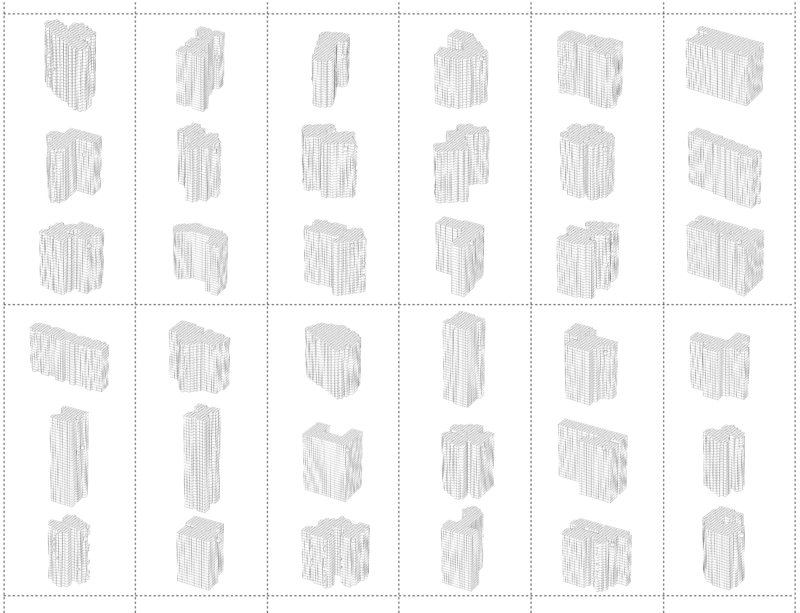 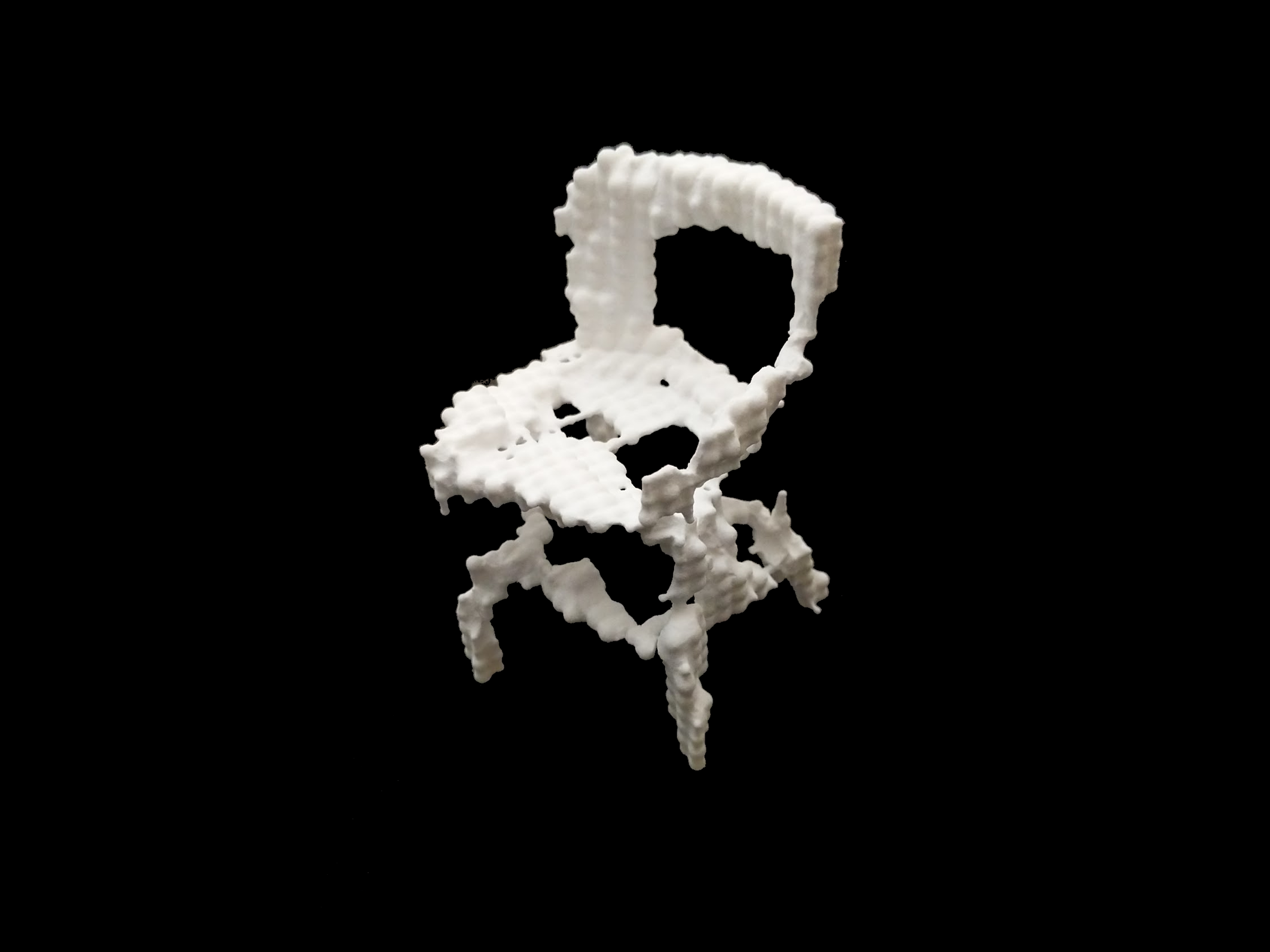